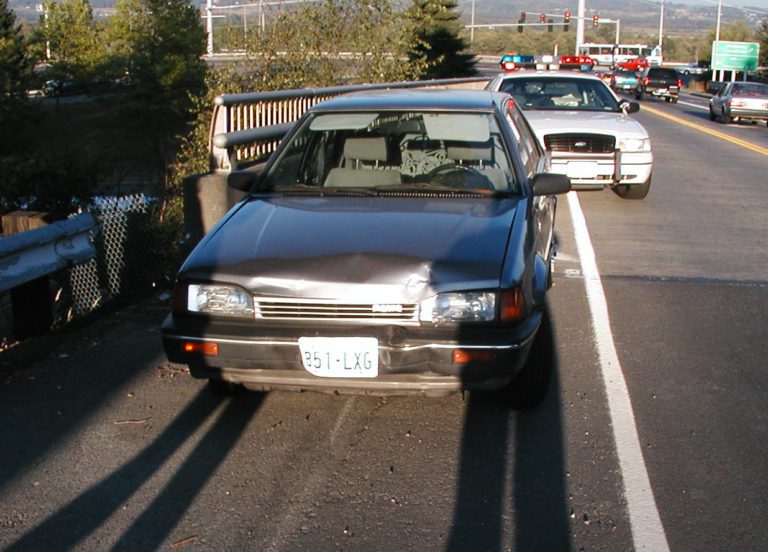 The best car in the world is a 1989 Mazda 323 SE, 5-speed manual, with a 1.6 liter engine and it’s share of 100,000 miles. It was discovered in the suburbs, parked in a ditch, with a “for sale” sign awkwardly taped to the window. It had a sun-faded hood and plastic chrome hub caps that sparkled in the July sun. It had four doors and a trunk that was deep enough to sneak multiple teenagers into a drive-in movie. It was the perfect first car, purchased with hard-earned cash, split 50/50 with my sister.

Our first upgrade was the radio, or lack-of. We opted for a period-correct Mazda radio that was rescued from the dash of a dead 323 in a junk yard (may it rest in peace). The radio featured a tape deck, a rarity in the era of CDs and the birth of the iPod. The tape deck perpetuated the illusion of coolness that every high schooler strives for. That is, unless one surpasses that status by racing.

The Mighty Mazda, as it was christened, was fast. And by fast that is to say it sounded fast but was not. The stock exhaust did nothing but give the facade of speed. There was no tachometer. You had to shift according to the roar of the engine, which came in handy when focused on the finish and not the gauge.

In the car overflowing with teenage ego, I’d pull up to a red light, sneak a peak at the driver in the car next to me, wait for the green and floor-it. Believe it or not, the 105 horsepower would usually launch the 323 across the intersection and secure a victory. A victory, of course, that was made possible by the fact that the other car didn’t know he was a competitor.

I was 16 and ripe with ambition. The Mighty Mazda helped me escape heartache and discover strength. It fueled innocent shenanigans and the most random road trips. It kept me out of trouble and was the hub of my existence. The 323 had a personality of its own, one that only a new driver and her first car will ever know.

What was your first car?

The Mighty Mazda made its cross-country expedition four years ago and currently resides in the hills of New Jersey with my sister and brother-in-law. No, it hasn’t been “put out to pasture.” Quite the contrary! It’s actually living a productive life as a daily driver, has had one complete engine swap, and recently celebrated 205,000 miles. However, it does need a new battery.