Book Publishers are Not Tech Companies 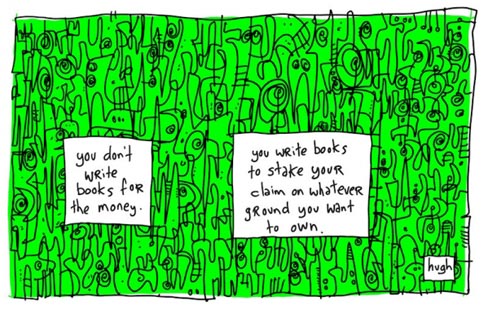 Publishers are steeped in tradition and stuck in the ways that were started during the golden age of publishing in America, which began in the 1920s. This was when Mr. Alfred A. Knopf was President of Knopf Publishing before it was acquired by Random House in 1960. This was the time when authors were truly wined and dined by the publishers as a way to nurture to their brilliance. Publishers see books as representations of our culture and the intellectual property of the authors. Art.

While this is true, book publishing is also a business and books are commodities that are developed, invested in, promoted, and sold. And for some reason publishers have not caught up with magazine publishers who see what they work on and create as part of a business that should adapt and change with the times. My hypothesis is that it’s apparent that magazine publishers are a form of media because they are dependent on advertising dollars to subsidize their printing; books are supported by book sales.

As Albert Greco, Clara Rodriguez, and Robert Wharton put it in The Culture and Commerce of Publishing in the 21st Century, here’s what’s going on:

The book-publishing business, despite philosophical arguments from academia is a business; and too many publishers, editors, authors, agents, etc., never figured out whether it was (1) a cultural and commercial endeavor or (2) a commercial and cultural enterprise. In reality, it is both, a double helix so intertwined that one cannot exist without the other.

This is a dichotomy that many new publishing houses are trying to figure out and a new generation of book publishers is looking to turn on its head. But they’re battling with you and me—people who publish blogs, build their own market for their content (hello, readers!), have access to InDesign and “publish” eBooks. Things are not what they used to and the prestige of being an author is so easy to come by because you really don’t need a big, New York publishing house anymore, not when you have Lulu.com.

Okay, so this post was not where I was planning it would go at all. What started me on this rant was reading Mike Elgan’s article, “Why book publishing needs the Silicon Valley way.” First off, I like how he talks about publishers as investors:

…at its essence, a publisher is above all an investor. Much like a Sand Hill Road venture capital firm, a publishing company plays kingmaker by discovering, guiding and, above all, investing in the right talent.

Yes, that’s absolutely true. The role of an editor is to find fresh talent and cultivate them into an amazing writer who produces bestseller after bestseller, ultimately selling more books and earning more profits for the publishing house. That helps when an editor has faith in their author and the author is able to stay with the same house year after year (not the norm).

The cost of producing a book

Where he loses me is when he talks about the book advance. Yes, it is super sexy how not sexy a book advance is once you realize that it’s a loan against future sales. I understand that Elgan is laying the argument for how publishers could benefit from thinking like an innovative tech company, but here’s one detail he forgets – books have tight margins. You bitch and moan all you want about paying $24.95 for a new release hardcover when you can walk over to a big box store and by it for 30% off.

Here’s a Book Publishing Model that was shared during my studies in the Graduate Book Publishing Program at Portland State. It outlines a publisher’s production expenses and estimated sales. Granted this table is circa 2005 and a lot has changed since then, but it’ll give you an idea of the decisions that are made and how they affect the bottom line, especially deciding to print a paperback (soft) or hardcover (hard) book.

Some things of note:

Now check out this table that shows you who gets what in the sales chain:

Again, this table is to give you an idea of what percentage of the retail price goes where, and how much money comes in. The discounts given to bookstores, wholesalers, and distributors are pretty standard discounts in the industry today.

If there’s one takeaway, it’s that book publishers rarely make more than a 10% profit each book they publish.

Back to Elgan – what I do admire about his article are his steps on how the publishing industry could work like the Silicon Valley folks when it comes to recruiting talent and testing out their product before it goes to market. In his words, how it should work (bolding is my own):

Every new author would forget about seeking an agent or an advance, and instead self-publish. This is what software and cloud-based start-ups do: They use their own money — and the inexpensive tools available — to build something on the cheap before they go asking for outside investment.

New services should emerge where authors could post links to their books, with samples, commentary and opportunities for reader reviews. A Digg-like voting system could surface the most popular titles.

Meanwhile, authors would try to get meetings to pitch to the publishing companies. Agents, rather than reacting to authors beating down their doors, could instead act more like sports agents and go out and hunt for new talent using Web 2.0 tools and the Internet in general to find brilliant authors.

If authors get their own deal, they could use that fact to attract the best agent, whom they would need as a guide and as a negotiator of the contract.

In either case, both agents and publishing companies would judge work not on a proposal, but on both the finished work and the public response to that work.

The publishing companies would design a new cover, re-edit the book as needed and re-release the title electronically and in print, but inexpensively as a trial. Only after this second round of open-beta testing would the publishing company decide whether larger investment is necessary. If so, there would be another edit, another design and another release, this time with the full package of marketing and promotion. Note that all of this could easily take place within the one year to 18 months that it already takes between manuscript and publishing.

This is a great approach. However, two things stand out to me…

Literary agents already act as “sports scouts” and negotiate contracts; that’s their job. But since there are so many authors, agents don’t have to spend time recruiting for fresh talent when the talent is recruiting them. Most editors only solicit manuscripts from agents they know will bring them talent worth investing in. Most publishers will not sign a book deal with an author who doesn’t have their own follower base activated when they submit a manuscript and/or a book proposal.

Have a blog and 10,000 dedicated, passionate readers? Great, here’s a book deal! That’s 10,000 potential buyers of your book. Without that, the investment risk is too high. Agents know this.

What I love about Elgan’s idea is how publishers should test out authors and the public response to their work. Technically publishers already do this; it’s called a galley or advance review, which is generally released to the trade. What doesn’t exist is the invitation for the publisher to receive feedback from the reviewer, consider it, and make any changes before publication. That’s where Elgan’s idea is brilliant: he’s asking publishers to test authors their work in the market, with their readers. Hmm, isn’t that considered market research?

Now for something you’re sure to enjoy

The ultimate problem is that the world has changed—we as consumers are making smarter, more informed decisions. We know what we want, how much we want to pay for it, and this thing called the Internet has made it all too easy to broadcast our voices and let them be heard. Meanwhile the book publishing industry is lost in an outdated identity crisis. We’re talking, but are they listening?

Now, let’s state the obvious reason why it’s this way: book publishers have a history that dates back to good ol’ Gutenberg in 1439, while Silicon Valley is just over 40 years old. Of course high-tech companies are innovative; they don’t have centuries of baggage that book publishers do.