My Unfinished Business with Angie 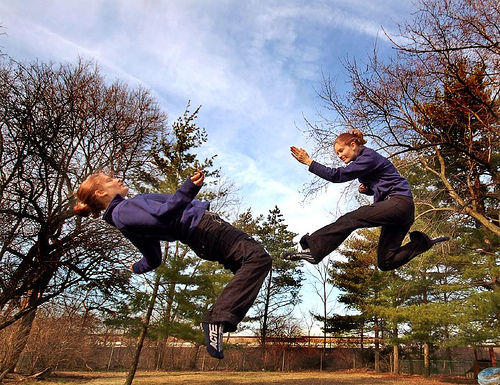 In CrossFit, the workout-of-the-day (WOD) is generally named after a person. They can be named after girls, heroes, and other guys in between. Sadly, the hero workouts are named after CrossFitters who serve in the military or armed forces and died in the line of duty. I haven’t found how the girls earn a WOD named after them (or which real-life ladies inspire the said workouts), but it’s my goal to someday have a WOD named “Laura.”

Anyway, if I am the hero of my CrossFit destiny, pushing myself against me and laying down personal records day in and day out, then I can’t be a true superhero without an archenemy. And mine goes by the name of Angie.

Angie is a body-weight workout and the worst 20 to 30 minutes of your life (or 10 minutes, if you’re that good).

My history with Angie

Angie and I have played together three times over the past year, which is a lot since CrossFit programming is constantly varied.

To set the context, April’s Angie was during the 40 WOD Challenge when I was going to CrossFit 3-days in a row, 1-day rest, 3-days on, 1-day rest, etc. I was at the height of my physical fitness for the year and was kicking some major muscle. In July, I just started a new job and was barely going twice a week. The thing that really pissed me off was I was busting out some killer pull-ups and rock-solid sit-ups. The push-ups, well, were a struggle. But two minutes slower?

24 hours later when I was at an event, trying to turn keeping my palms turned towards the ground so others wouldn’t see the torn flesh, my throbbing shoulders, and how I could only lift my arms so high from the sides of my body into a joke.

But when I bragged to a friend how elite my hurt was, he pointed to my right arm, “Is it supposed to be bigger than the other one?”

My arm had ballooned like Popeye, and not from pulsing muscles.

Fast forward through an ultrasound, perplexed MDs, and a few exams from coaches, chiropractors, and physical therapists, the census was somewhere between pull-up number 40 and 100 I pulled my body down hard on the bar and jerked my elbow, jarring the joint and tearing the tendons. Enter a influx of lymphatic fluid and one exorbitantly inflated arm, wrist to shoulder and neck. And one super sexy, healing CrossFitter.

When you tear a tendon, it’s like a string and doesn’t bounce back. Some said it takes 3 to 4 months to heal, others said a year and a half. Either way, it’s up to me to regulate my body and make sure I don’t overextend it.

For the most part I’m okay – I wear a brace, limit what I lift overhead, and have a serious physiological fear of the pull-up bar. Oh yeah, and today when my CrossFit friend told me that Angie is due again this Friday, I became nauseous and almost felt like throwing up (and it wasn’t because of the WOD either!)

When I tried to whine to my coach about Angie and pointed to my bum elbow, he just said, “So what, do jumping pull-ups.”

So here’s the question, do I face my nemesis on Friday, give Angie the finger, and lay down one damn phenomenal personal record? Or do I conveniently plan a social engagement, run, hide, and become too busy for the gym? (By the way, What are you doing Friday night?) 🙂

As my torn tendons quiver in fear, I’m still trying to hold my dinner down.

If given the choice, how would you face something you fear?

Editor’s note: I have no idea where this fits in with my #reverb10 posts, but I’m going to plug it in to today’s prompt, because if I lost my memory of 2010, the physical limitations of my healing body in 2011 would definitely remind me of what happened this year. My experience with Angie and CrossFit also describes how I felt the most integrated with my body this year, as the main way to experience your physical self is to shut off your brain and let your body show you all that you can do.