Not the End: Lamiki Turns One! 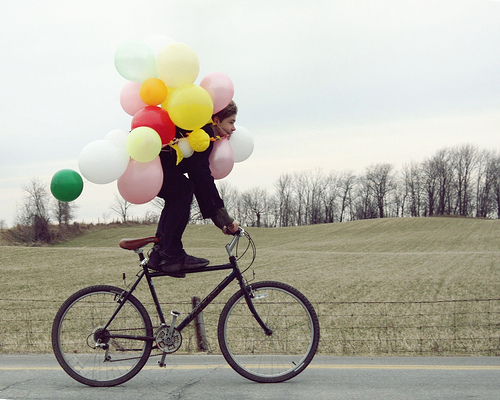 It’s after 10pm on Tuesday, February 15, 2011. Exactly one year ago today and about a few hours earlier, I was standing in my friends’ kitchen checking out the comments and page views on my very first blog post.

I felt like I was going to throw up. In a good way.

There I was, this girl who has had “writerly tendencies” throughout my entire life, but never in “public.” But it was time to tell my story in more than 140 characters.

Since then, the game of statistics, traffic, and curating my own content has been an adventure – figuratively and literally.

In the past year, this blog has:

Over the past year, I’ve learned that you can develop deep friendships that are threaded together through thoughts and words. And that people and experiences can inspire and work their way into your life and out through your words in the most curious ways.

And the best friends you can have are editors who include “gut checks.” And those who root for you, even before there’s something to root for.

To those people – I am forever thankful and in your debt.

Plus, no matter how hard you try, it takes a true rock star to create an editorial calendar and stick with it.

What happened to “The end”?

Tonight my husband and I watched a movie. It was one of those where the protagonist opens in heartbreak. He’s a writer and is “writing” the story he’s about to tell. It’s a story within a story that swirls and spirals deep within the arc of the tale. And it’s predictable, of course.

But the part that really stuck out was the end. And how they literally ended with the sentence: The end.

It made me wonder – when was the last time I wrote something and finished it with, “The end.”

It made me jump to another thought – there is no such thing as “The End” any more. We are constantly in beta, proactively working on version 2.0+, always soft-launching and revising to perfection.

The goal when I launched this blog was to claim my piece of web real estate and, in the words of my first post, write my own story.

So what will happen during year two? Who knows, but it’s going to be big and driven by content. That much I’ll reveal. The rest, you’ll have to watch for.

So, how should I celebrate this anniversary?