The Problem with Criticism and Flexibility 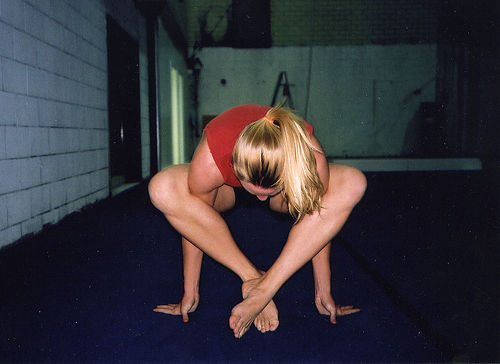 I have been in a funk. Yes, that’s right, I said it. I don’t know if it’s Seattle’s endless winter or the fact that some things in my life have not been rolling on the shiniest side of the coin and I don’t really know what’s going on.

Okay, that’s a lie. I know what’s wrong and what’s not right and I’m nervous to admit it. Mainly I’m upset because I’m guilty of not moving forward. You know that I’m a fan of getting things done, making things happen, and a ton of other clichés. I am not wearing my strong suit right now and I’d rather shy away from the public eye instead of staring what’s wrong in the face, owning it, and changing it.

And then I write.

I received some really honest feedback about a month and a half ago that was so spot-on that it made me nervous. I internalized it and because of that I’ve let that feedback turn from constructive criticism, a chance to inspire and motivate myself, into something that has been halting me.

This has happened before and I know that “feedback” is hanging over my head when it really shouldn’t. It was meant to empower and give myself a gut check, and I totally took it the wrong way.

The problem with criticism (constructive or not)

I’ve been guilty of violating Tara Sophia Mohr’s eighth rule for Brilliant Women as I have been open to the feedback and guidance others are graciously offering to me, but I have not been viewing their feedback through my own eyes and my own perspective about myself. It is good to be open to the advice and feedback of others as it’s a good gut-check to how I’m coming off in public, but never, ever, when it’s at the expense of myself.

For example, I have been struggling with an injury since last summer and in January I started taking control of my own body and going to see specialists, physical therapists, massage therapists, and an acupuncturist to try and diagnose what happened so I can recover. It’s working, slowly. But around the first few weeks of February I came to a stand still when my physical therapist declared that I am a “hyper flexible” person or have “hyperextension” in my joints. It’s not bad, it’s just how I am and probably attributed to the injury. But then my doc gave me a barrage of information about how I should be aware as a “hyper flexible” person when lifting weights that I don’t over extend myself since I have weak joints, etc.

I became the poster child for “hyper flexible” people. I actually met someone at a party and we bonded over our hyper-flexibility. Seriously, if I found a bumper sticker that said, “Hyper Flexible People Unite!” it would have gone on my car.

Everything I did was through the lens of a “hyper flexible” person. I was an advocate with a new identity (and a ridiculous one at that). And then one day at the gym my coach sat me down and read the following quote from Epictetus, the Greek Stoic philosopher, to me:

Whether it’s a physical ailment or part of what drives you, you can let something define you or it can just be a part of who you are. You can let it rule your life or you can rule it.

The choice is yours.

Has something someone said ever rocked you to the core and changed how you thought about yourself? How did you crawl out of that and find “you” again?