Entrepreneur in Training: Three Tips for Launching Your Startup 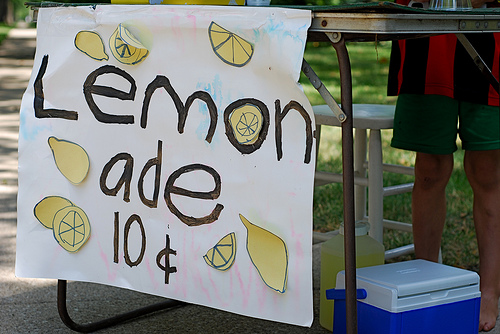 Back in August, I read Michael Karnjanaprakorn’s blog post, How to Launch Your Startup Idea for Less than $5K. I don’t know much about his startup and his company, but I love the approach he took to launching, mainly the following points:

“Entrepreneurs should start with small ideas and learn how to execute those ideas.” – Mike Karnjanaprakorn

Yes, we know you want to take over the world. But in order to do that, you need to start by taking over your local metropolitan precinct. So do that and prove to us that you can. Start small, kick ass, and then move to conquering the bigger fish in the sea.

“The secret behind launching your startup idea is to always move the ball forward on your ideas through execution. “– Mike Karnjanaprakorn

Strategizing how you’re going to take over the world is one thing, but let’s be honest here, strategy is a bunch of hot air. You are nothing unless you ship, unless you launch, unless you do.  So “do something,” and show exactly what you’re up to.

Ask for feedback, specifically, will it work or will it fail?

“Once I convinced myself this was an idea I’d like to pursue, I asked a dozen really smart people I knew what they thought about the idea with a small twist. Rather than asking them if they liked it, I asked them why the idea wouldn’t work, why it would fail, and why I shouldn’t work on it.” – Mike Karnjanaprakorn

In summary, when it comes to testing if you have a viable business and idea, start small, be strategic, and get specific feedback that will help you along the way.

What feedback would you give to an entrepreneur in training?