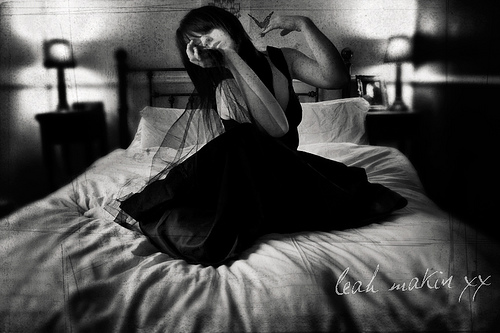 Every so often someone on Twitter or Facebook boldly declares that they are unplugging this weekend, going dark. Usually they’re on their way up the mountains where there’s no cell phone reception. Other times they’re staying in town and just need to mentally unwind. And sometimes they don’t announce it at all and they fall

And it takes awhile before we notice.

A friend of mine, Andrew Swenson, recently “fell off the face of the social media earth,” without announcing it (or if he did, I completely missed it). A few of us piped up in between that we missed him. And when he resurfaced, he explained what happened and what he had learned. I admire what Andrew did. He had a lot of things going on in his “real” life and he needed the space to really figure it out for himself.

Being silent & holding back

When someone says that they’re doing this, it is just noise. But when someone just does it, it leaves me wondering what’s going on, what’s really going on in their life. Going dark without letting someone know is like staying out past your curfew when you were in high school; those who care about you get worried.

Being silent online means that something is happening that you can’t quite articulate. There have been a number of things that have happened since I’ve been social-media-ly-social that I have held back from explaining or taken a few days to figure out the right message to deliver the news with. Most of the time it’s about things that don’t matter in the scope of the universe but that matter a lot to me, otherwise I wouldn’t care and would just say it.

That leads to a series of questions—if we are extra social, why do we hold back when life is the most out of our control? Why do we develop these relationships when we’re feeling on top of the world and retreat offline when we aren’t?

Simple: we want people to view us in the way that we want ourselves to be viewed. We are attracted to people who are attracted to us. We want to surround ourselves with safe, positive energy and ideas. It’s human nature. And if we expose ourselves as anything but that then we leave ourselves open for something else—an unknown.

And this unknown is pretty damn scary because it’s our heart that we have bared from our chest and we don’t know how you or anyone else is going to react to it—if they’re going to dance around in it or stomp it out, leaving it and all our ideas pulsing, waiting for the blood to stop flowing and dry out.

If you look across the blogosphere, the “unknowns” we blog about are things that are exciting and exhilarating. We write about challenges that we’re ready to face, how we’re living a life according to our own rules, and how we’re crushing it.

Being affirmative is sexy; being vulnerable with a purpose can be too.