How to Kick Ass, Achieve, and Get Out of Limbo 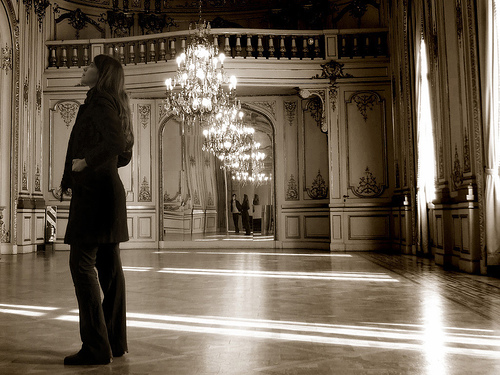 December 1 – One Word.  Encapsulate the year 2010 in one word. Explain why you’re choosing that word. Now, imagine it’s one year from today, what would you like the word to be that captures 2011 for you?  (Author: Gwen Bell)

Shit. I’m trying to give myself a sabbatical from blogging, but I can’t quit it. When I read the #reverb10 prompt for Wednesday, the word to describe 2010 flew into my head and swept me off my feet. I started chewing on it and thinking about it all throughout the day. I read reverberations around the blogosphere and I wanted to write.

But I sat on it. And on Thursday the word changed, morphed into another language, and drew out some key points that occurred this past year. And then my mind started writing and I grabbed the computer. And I’ve been waiting to publish this post.

What’s one word to capture this past year? Limbo.

For the majority of the year, I have been what the state calls “unemployed” or a casualty of this flourishing economy. I have been on the job hunt, revising my career, leaping from old to new media. I have been a networking rock star, a veteran interviewer, and one who kicks out one damn fine cover letter. I’ve been over qualified, under qualified, hired, fired, and back on the market, again. I’ve been that girl who “everyone on our team likes” but still not the right fit. And you know what? That’s okay. There are too many factors that go into finding the right job that it’s a waste of time to take it personally.

There are many people who say that you are not your job. And they’re right, to an extent.

How many times do you walk into a room full of strangers and the first thing out of their mouth is, What do you do for a living? They ask because they’re curious and work is one way that we relate to each other. It’s the common ground that really isn’t common at all.

How often have you seen a person start a job just to watch them fall off the radar because they’re so consumed in their new position and their new company? How often do you see people who have personal brands suddenly disappear when they start a new job only to be replaced by mixed messages of their new org?

It happens because whoever gives us a paycheck, validates our identity. It’s why “social media experts” get so much shit, because they don’t publish their client list so we can check their credentials. Employers, especially ones with names, add to our personal brands and make us accountable.

Imagine being kicked out of the club, granted one you were ready to leave, and then walking through a world for a year with your eyes open, ready to jump on board with anyone who wanted you back. I’ve been unable to commit fully to any one thing because I’m not sure where I’ll end up.

When life gives you lemons, write a new cliché

When I got laid off in October 2009, I felt like a carpet was yanked out from under me. I was ready for a change, but not in the way that things unfolded that day. I walked out of that office feeling like I could either take pity in the lemons or make lemonade.

I chose lemonade, of sorts, and spent the following year studying how to make the perfect flavor with the right amount of pulp and extra sugar. I learned, volunteered, worked on myself, and built an incredible network out of nothing. I discovered incredible relationships with people who inspire me and I’m humbled to know. Plus, I had the flexibility to do things I really want to do and prove to myself what I’m good at doing—kicking ass.

That’s my second word for 2010, amongst the limbo of not knowing where my professional search would land, I kicked ass. Some major ass; the best kind around.

I know exactly what motivates me, what makes me tick, and what type of work environment I flourish in. I’ve discovered my strengths, hid my weaknesses, and learned that the path to understanding what you’re passionate about is a thread that is sewn into each and every experience.

If you know me, you know that I don’t make wishes, I make goals. When I set my mind to something, you know damn well that’s what I’m going to do. There are no other options.

That’s why going through 2010 in a state of limbo has been so awkward for me—I haven’t let myself commit completely to any one thing. While the process of job hunting is the same, there are so many intricacies that change. During interviews, it’s your job to walk in as the subject matter expert to solve a problem for a product or service you know nothing about but you sure as hell better act like you do. It’s a challenge. Plus you’re selling yourself to fit into a box that the employer has already defined but is not telling you what it looks like.

All of that is about to change. Some things have been set in motion that will rid me of 2010’s word (the first one, the second word is a part of me, through-and-through). And my plan, as the clock strikes midnight and I lean in for my New Year’s kiss, is to step across that phantom barrier and come out with the intention to achieve the ambitious goals I’m setting for myself.

Curious what they are? You’ll have to watch me to find out.

I realize this conversation started on Wednesday, December 1, but let’s keep it going. If you had one word to describe 2010, what would it be? And what word are you entering 2011 with?

Share the first thing that comes to your mind.