Musings on Adulthood and Ambition 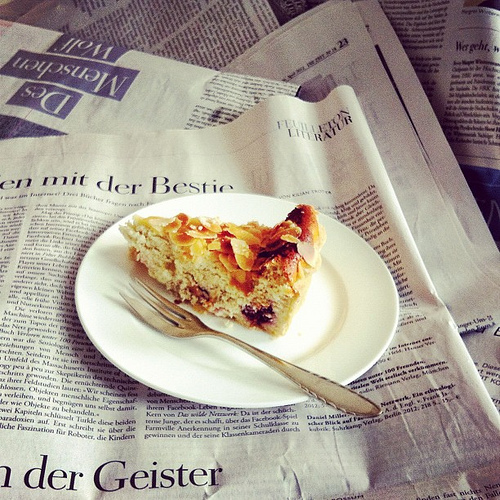 You wake up one morning to the sound of birds chirping outside of your window at 4:45am, roll over for a few more hours, then decide to get out of bed because you can’t sleep anymore and it’s barely 8am on a Sunday morning.

This, my friends, is a sign that you’re an adult.

My husband and I progress through life at lightning speed. Rarely is there an evening or a weekend when we aren’t playing, hustling, or catching up on housework so that our neighbors don’t hate us. There’s a word I like to use to describe our life, and it’s a word that’s somewhere between the sound of a 20-something treading water and ambitious, driven, have-it-all-figured-out adults. And lately I’ve been more of the first one than the latter.

Over the past few weeks, there have been three blog posts and articles that I’ve read that are musings around the word “ambition” and what it looks like for different people.

The first by Deena Varshavskaya, the founder and CEO of Wanelo. In her post, Startup CEOs, Stop Acting Like Victims, she is shouting at all of the other startup CEOs who to stop looking for pity about the journey that they have chosen. Let’s face it, if you’ve chosen to have an idea and bring it to life, you’ve chosen a very risky, hard life because you can’t see yourself doing anything but chasing that dream. Get on the ambition train or get off of it.

The second two articles were lists of rules about things to do and not to do, courtesy of what each author has learned in the past. The first list, 27 Dos and Don’ts for Being a Badass Woman, is by Justine Musk, a writer who blogs for creatives. And the second list, 20 Things I Should Have Known at 20, is by Julien Smith, a bestselling author who writes about the digital space. Both lists are rules that have a lot to do with looking back, reflecting, and moving forward.

The following are quotes from these three articles as related to ambition.

Pursuing it because you have to

You’re passionate about a problem and an opportunity and you don’t need any reasons to pursue it other than intrinsic enjoyment of building something you love. You’re usually up to some great challenge, but, guess what? – you’ve chosen to have these challenges because if you didn’t have them, you’d be bored to death on a daily basis. – Deena Varshavskaya

DO have a vision for yourself and others that excites and compels you. DO communicate that vision to others, especially if it’s altruistic in nature – people will come forward to help you. – Justine Musk

Choosing to do something

Choose something huge to do, as well as allowing the waves of opportunity to help you along. If you don’t set goals, some stuff may happen, but if you do choose, lots more will. – Julien Smith

Ambition, like life, is how we create it to be.

What does ambition mean to you?